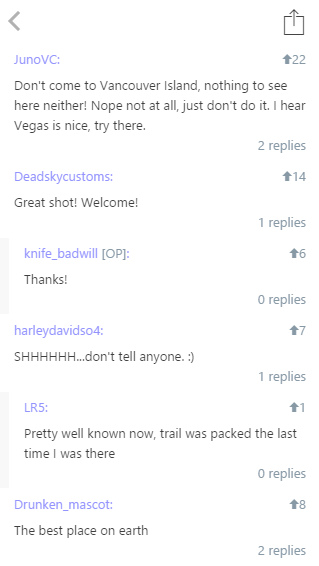 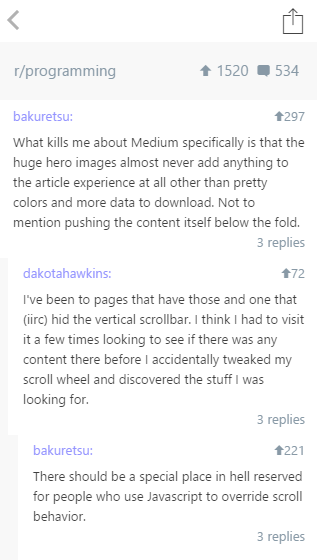 Threaded comments for Ionic and Angular. Used for collapsible nested comment threads with multiple levels of indentation for Wordpress, Reddit or various other social networks. Can also be used to display any other list of comments.

Tap on any comment to show replies, swipe it to the left to reveal options.

Add ionic.contrib.ui.ionicThreads as a module dependency of your app. Then use the following AngularJS directives:

Open up ionic.threads.js and change the ionComment template and add your <ion-option-button> of choice and add the code for the button events.

Included is the ionic.threads.scss if you want to customize the styling. There are variables for colors, font sizes and thread indendation. Add ionic.threads.scss to your scss folder and include it in your ionic.app.scss file with:

Ionic threads is currently used in Updraft for Reddit (www.upvote.io)